Though I had attended Further Confusion from FC2006 onward, FC 2013 was my first year volunteering for the convention, and I was invited into an exec role in the Programming department.

This year also marked a departure from a table-format 6x6" booklet: our chair of the year, SmackJackal, suggested we go for a passport format. In an attempt to prove or disprove the concept, I constructed a prototype, and it ended up working out well enough to be our format of choice for FC2013 through FC2019.

I also had an unofficial role consulting on the convention art book (conbook). 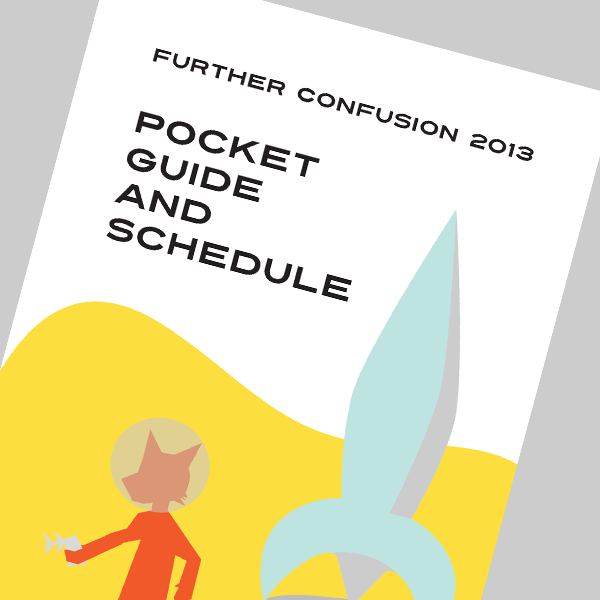 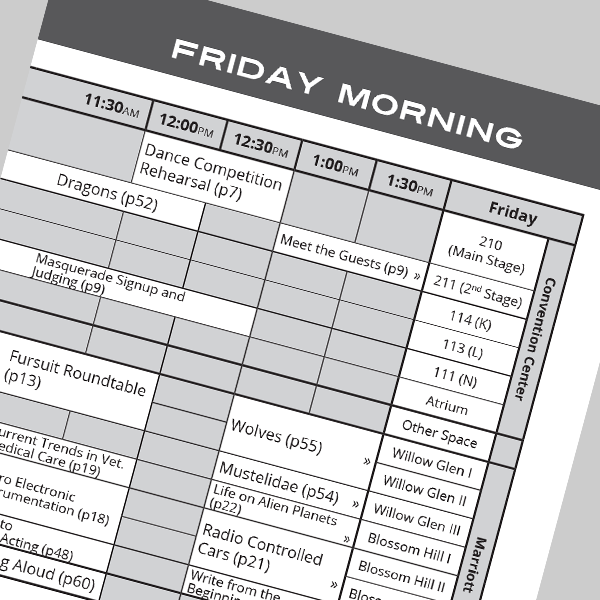